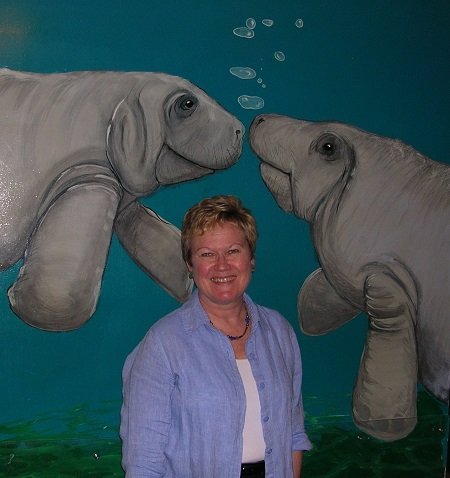 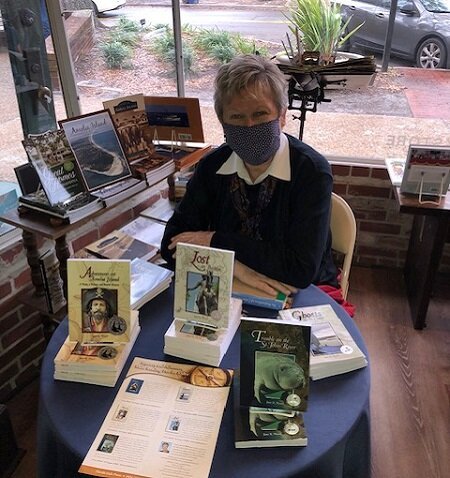 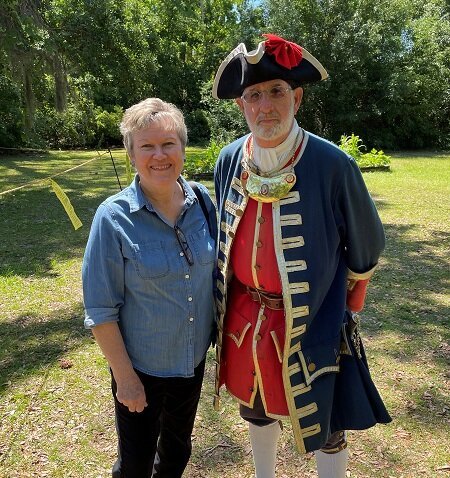 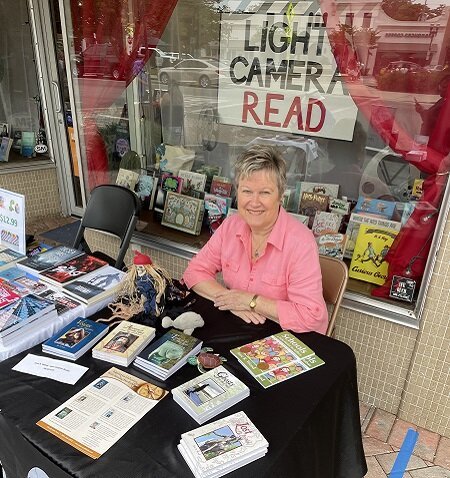 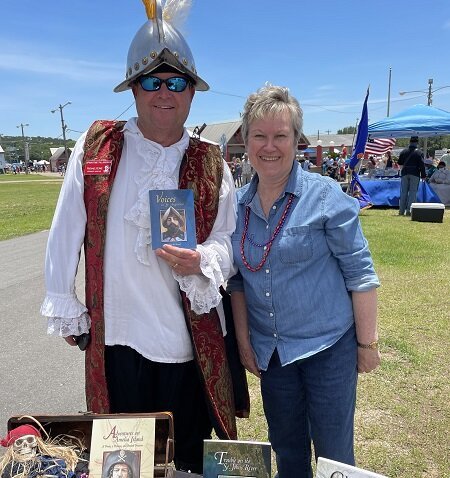 Jane Wood was born in Astoria, Oregon, a community rich in Scandinavian heritage. Jane’s family moved to Cocoa, Florida, when she was ten. She grew up near Cape Canaveral and watched America’s journey into space first-hand. During two of her college summers, she worked at the Kennedy Space Center.

She graduated from the University of Florida with a major in history and a minor in English. She taught junior high and high school in Central Florida, but left the classroom when her first son, Jonathan, was born. Three years later, along came Brian.

Jane remained a “stay-at-home mom” while her sons were growing up in Jacksonville, Florida. She was involved in school parent groups, Boy Scout activities, and their athletic associations.

When the boys were older, Jane wrote for a local newspaper for three years. After earning a Masters degree in Education in 1988, she was hired by the local cable company as the Educational Programming Coordinator and was later promoted to Community Affairs Manager. During her 12 years there, she produced numerous television shows relating to education, including many that involved local youngsters in the productions.

Jane has also been involved in many international activities in her community. She was active in the Jacksonville Sister Cities Association for many years and served on the board of directors for Sister Cities International for six years. She has traveled to three of Jacksonville’s sister cities in Russia, China, and France.

Jane has been an active member of the Florida Authors & Publishers Association since 2013. She served as that organization’s President in 2017-2018, and remains active on FAPA’s board of directors.

Jane lives in Jacksonville, Florida, with her husband Terry. They like to travel and spend time with their family and friends.

Learn About My School Visits …

Download the flyer detailing each of Jane R. Woods Books.

Jane Wood is a member of the following Professional Associations & Groups

Friends of the Jacksonville Library

The Challenges of Self-Publishing

Because schools are a niche market, it requires some strategies different from how books are promoted to other venues. The most important criteria to consider when marketing books to schools is that a book must reinforce what is being taught in the classroom. Schools don’t have the budgets, and teachers don’t have the time to devote to just another good book.

A book must be compatible with the curriculum.

Because schools are a niche market, it requires some strategies different from how books are promoted to other venues. The most important criteria to consider when marketing books to schools is that a book must reinforce what is being taught in the classroom. Schools don’t have the budgets, and teachers don’t have the time to devote to just another good book.

A book must be compatible with the curriculum.

Juvenile fiction author and Mandarin
resident Jane R. Wood is well known
among school children for her five-book historical fiction series set largely in the southeast. Her first book in the series, “Voices in St. Augustine,” was purchased in bulk by the Duval County School District after teachers requested it, saying that their fourth-graders liked to learn about history through fiction. The third book, “Trouble on the St. Johns River” has an environmental Photo courtesy of Author David Gaslin...

In this week’s edition of “Between the Covers,” we feature multiple award-winning author, Jane R. Wood.

Jane Wood is no stranger to speaking in front of audiences. She is a former teacher and has a natural way of connecting with her young readers. In fact, this weekend, Jane was on hand at the Amelia Island Book Festival teaching students again, but this time as a hand-picked featured author for the county’s Literacy Day.

One of Jane Wood’s books traveled to Duval County classrooms last year. And the characters in her latest, Lost in Boston, traveled north to the Massachusetts capital. Wood’s fifth book in her juvenile fiction series for grades 3-5 was released this year.

Author Jane Wood has a fascination for history, a deep lover of nature and a mission to inspire children to learn about their communities and want them to make a difference in the world around them. Currently at work on her fifth book in a series targeted to kids nine through fourteen, Jane is buoyed by the response to her previous works. Story on page 16.

Jane Wood’s book featured in Jacksonville Magazine, June 2012 - An article entitled “Read, Write, Repeat” discusses how Jane Wood’s book Trouble on the St. Johns River was used by a group of third graders to learn about ecology. It also profiles Jane’s involvement with a company, Get Book Savvy, that she and fellow author Frances Keiser created to help aspiring authors get their books published. Story on pages 36-37.

Mandarin resident Jane Wood is a fun lady. When not speaking in schools, researching new projects or writing, the juvenile fiction author specializes in capturing the imagination through stories packed with mystery, adventure and humor.

Wood’s books - Ghosts on the Coasts: A Visit to Savannah and the Low Country, Adventures on Amelia Island: A Pirate, a Princess, and Buried Treasure, Trouble on the St. Johns River and Voices in St. Augustine - have been a hit with young readers everywhere.